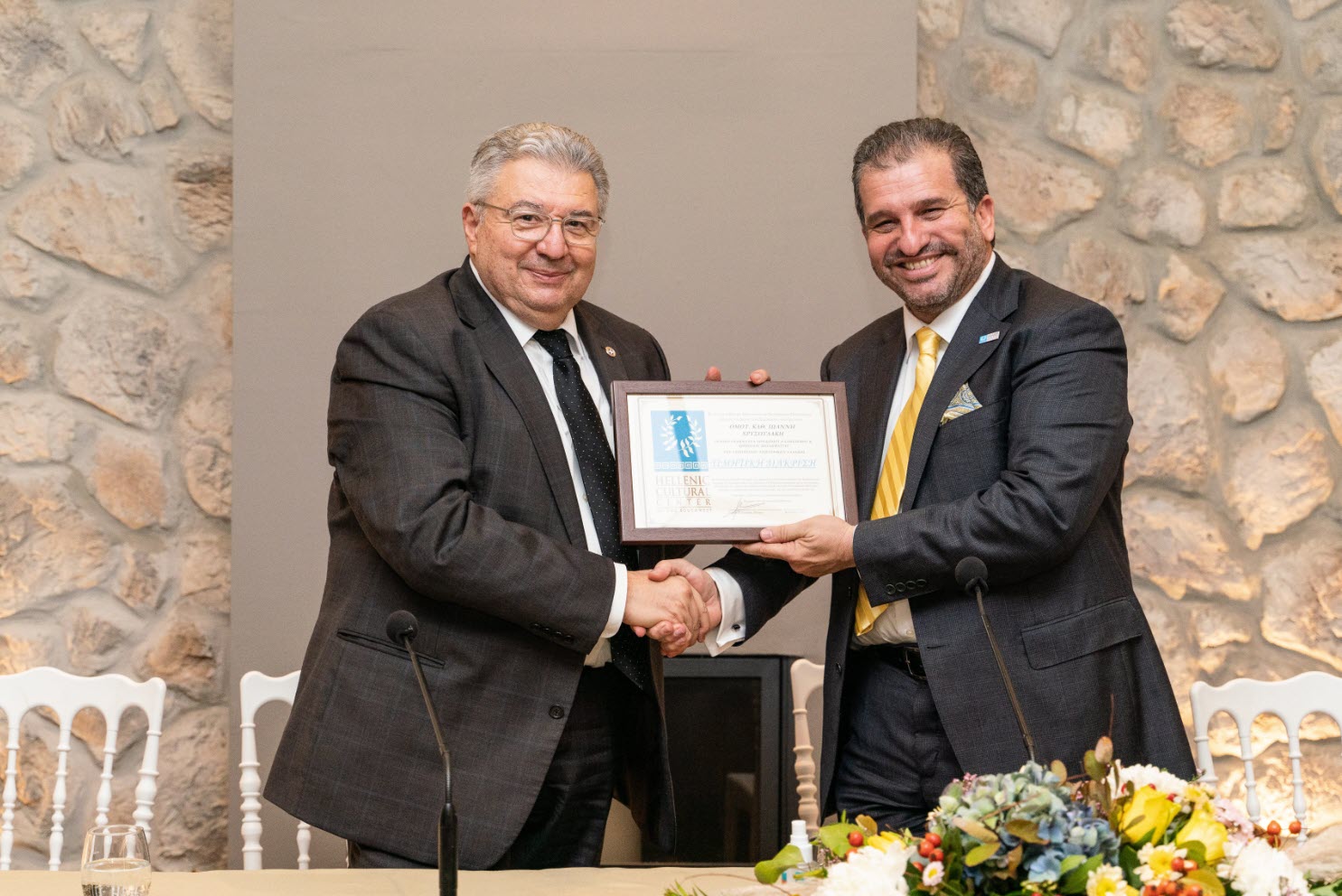 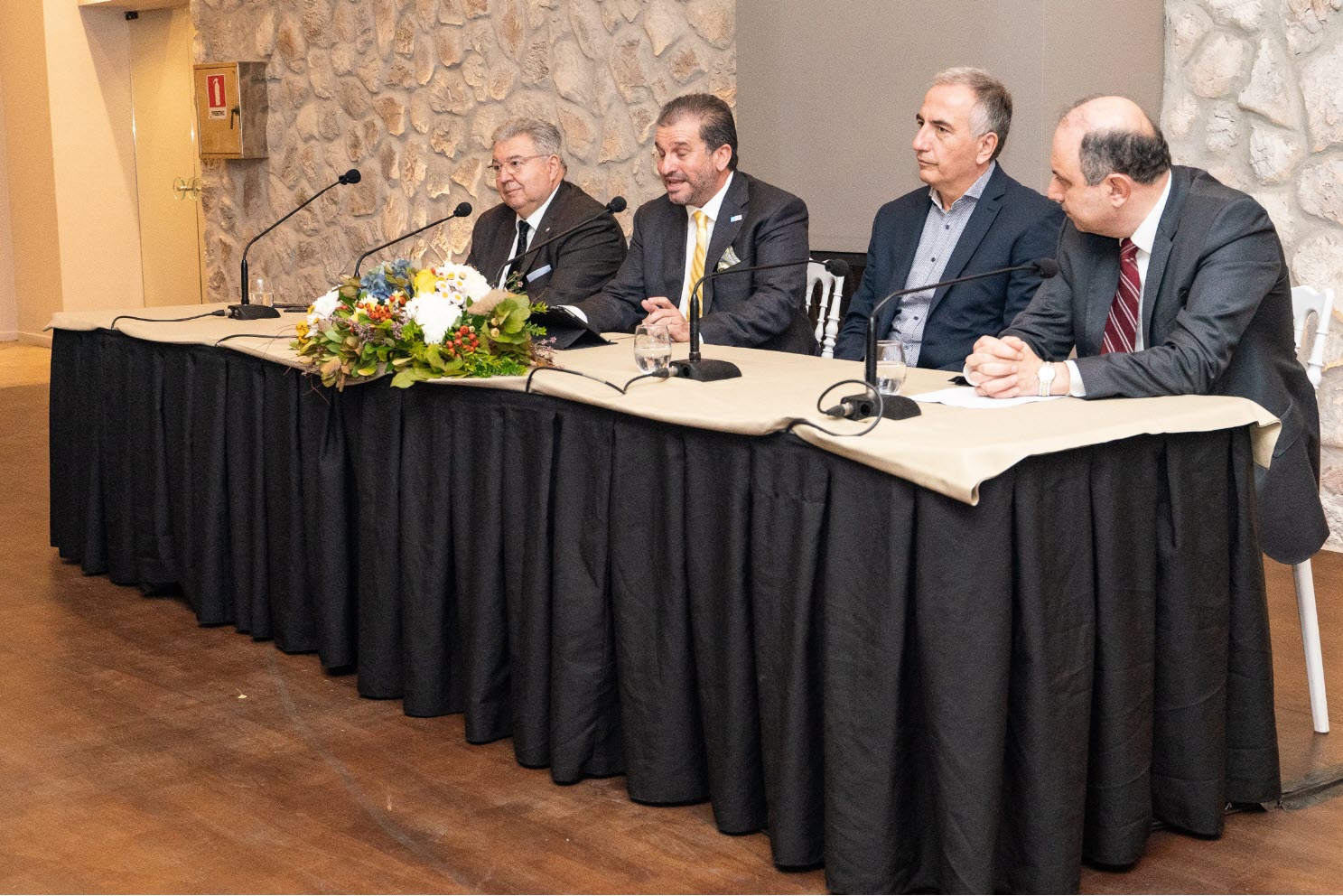 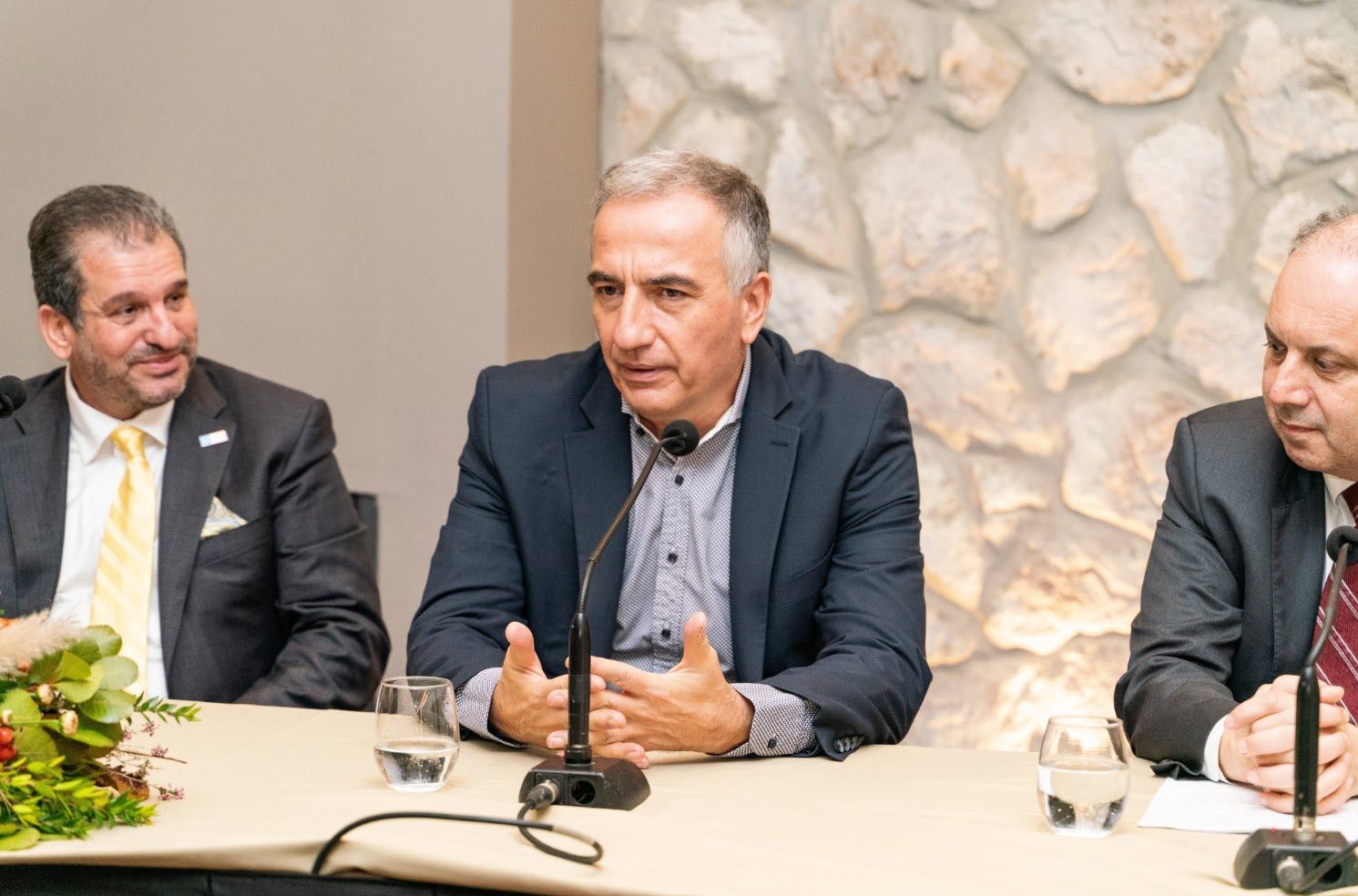 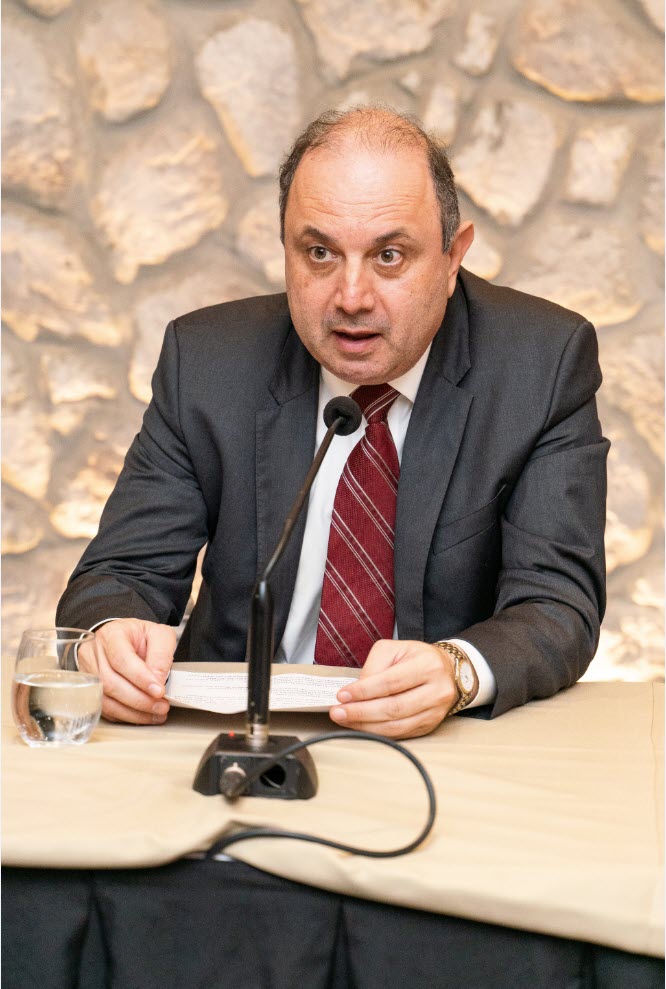 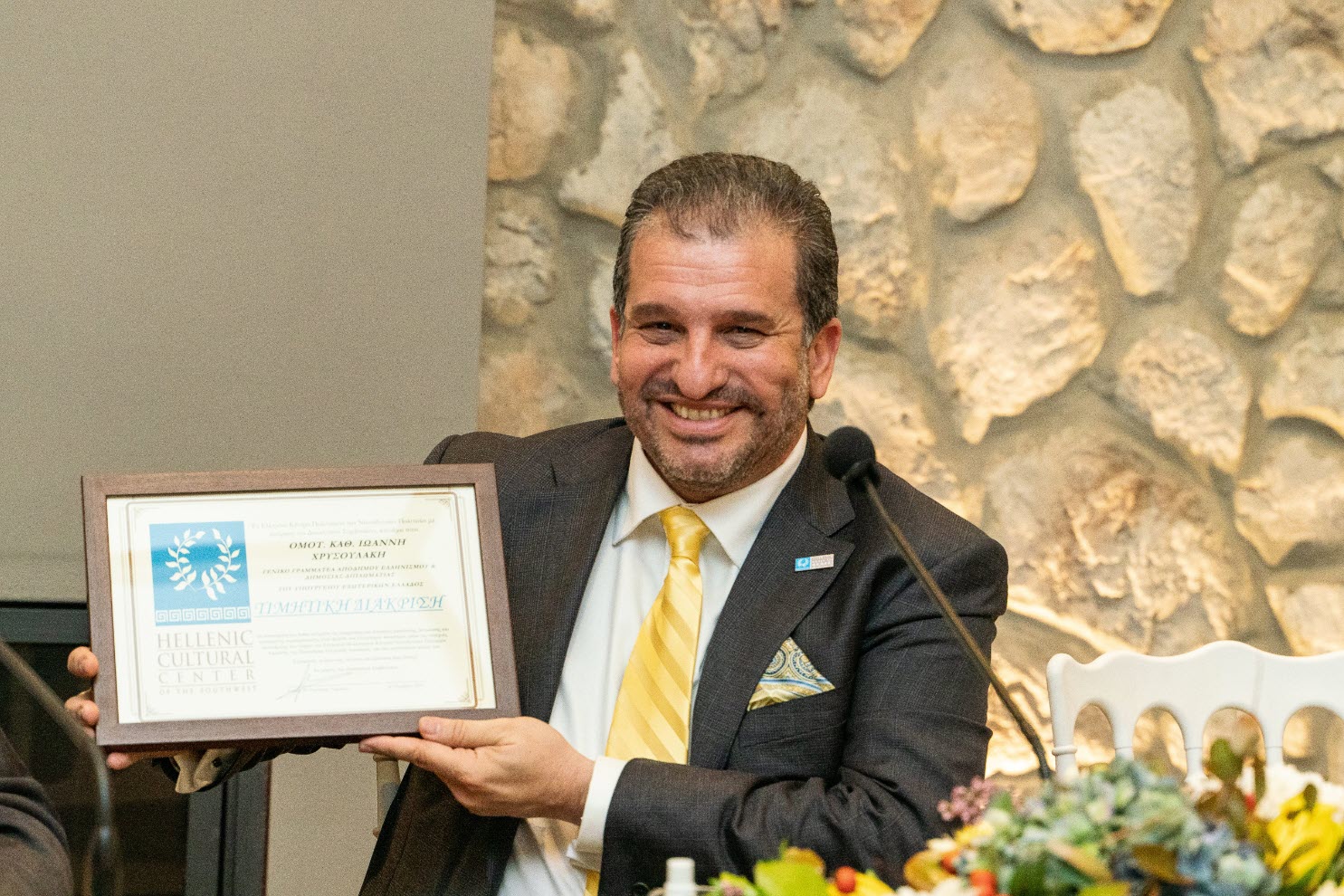 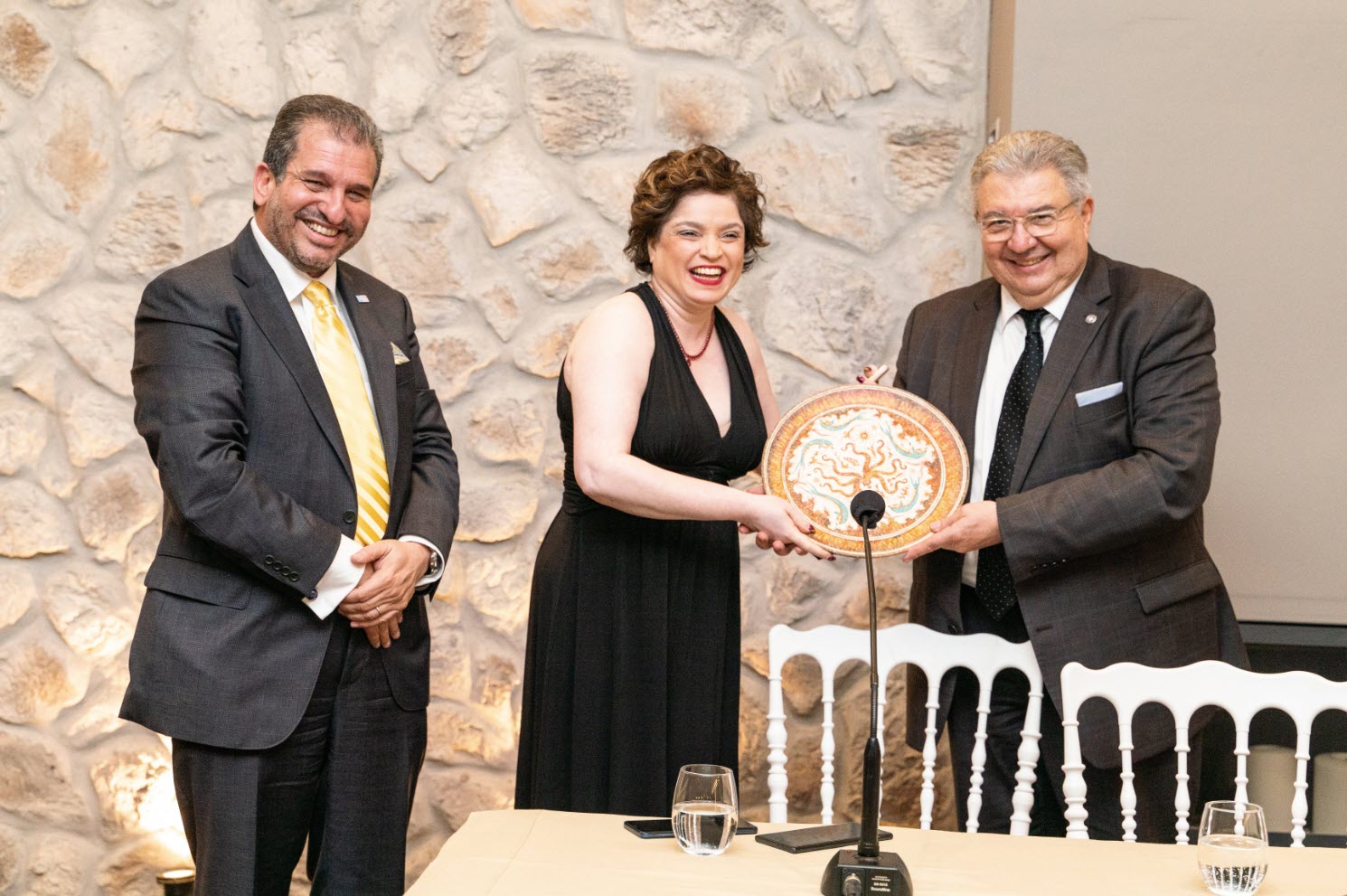 President of HCC-SW & his wife Dr. Christina Remediakis honored the General Secretary of Greeks abroad and Public Diplomacy of the Ministry of Foreign Affairs Prof. Ioannis Chrysoulakis for his significant and enduring contribution to the World Hellenic Diaspora at Thessaloniki on the 4th of November 2021.

Speaking at the event, the President of the HCC-SW, Yannis Remediakis, referred to the multifarious action and the unwavering effort of Prof. Chrysoulakis not only to support the Omogenia and its institutions around the world, but also to rally and substantially reach out to its members, cultivating strong bonds of friendship and, on a practical level, through organizing conferences and events that unite representatives of the Diaspora representing various fields and professional spaces.

During his speech, President Remediakis announced the institution of a yearly award to the best student of the Medical School of Aristotle University of Thessaloniki starting June 2022.

The ceremony was attended by - among others - the Minister of Macedonia-Thrace Stavros Kalafatis, the Mayor of Kalamaria Yiannis Dardamanelis, the President of the Department of Medicine of the Aristotle University of Thessaloniki Prof. Kyriakos Anastasiadis, followed by several professors, representatives of AHEPA, UNESCO, Presidents of organizations, local businessmen,  et al.