To attend the event, at start time, click the link: http://bit.ly/Thermopylae300

Thermopylae and Salamis are the two important armed conflicts which according to general history, saved Greece, Europe.

Democracy and the anthropocentric political and social systems of governance would have never existed if the Greeks had not fought against the invader from the East, establishing everything that later allowed the development of Western civilization.

We celebrate their 2500 anniversary aware that both battles are to our days referred to as the paradigm for valor, sacrifice, strategic thinking, and wisdom. Today, Greece remains Europe’s and NATO’s critical outpost in the troubled waters of the Mediterranean. Greece, a thoughtful, principled, and strong ally of the United States, faces today new security threats and challenges from its eastern neighbor, Turkey.

Based mostly on Herodotus, the father of History, and on Aeschylus’s tragedy “The Persians”, former Ambassador of the Hellenic Republic to the United States Alexandros P. Mallias will offer his remarks from the premises of the Hellenic Foundation for Culture (Athens).

The main presentation will be done by the former Ambassador of the Hellenic Republic to the United States Alexandros P. Mallias

This event is a production of:

The event will be performed in English

The platform will open 30 minutes before the event. The presentations will begin at 11:00 CST.

In order to be able to attend, if you are not familiar with this system please take a look at https://support.microsoft.com/en-us/office/sign-up-for-teams-free-70aaf044-b872-4c32-ac47-362ab29ebbb1

All participants will be able to submit live questions through chat, that will be answered at the end of the presentation.

Short History of the Battle

The Battle of Thermopylae  Greek: Μάχη τῶν Θερμοπυλῶν, was fought between an alliance of Greek city-states, led by King Leonidas I of Sparta, and the Achaemenid Empire of Xerxes I over the course of three days, during the second Persian invasion of Greece. It took place simultaneously with the naval battle at Artemisium, in August or September 480 BC, at the narrow coastal pass of Thermopylae ("The Hot Gates"). The Persian invasion was a delayed response to the defeat of the first Persian invasion of Greece, which had been ended by the Athenian victory at the Battle of Marathon in 490 BC. By 480 BC Xerxes had amassed a massive army and navy and set out to conquer all of Greece. The Athenian politician and general Themistocles had proposed that the allied Greeks block the advance of the Persian army at the pass of Thermopylae, and simultaneously block the Persian navy at the Straits of Artemisium.

Both ancient and modern writers have used the Battle of Thermopylae as an example of the power of a patriotic army defending its native soil. The performance of the defenders is also used as an example of the advantages of training, equipment, and good use of terrain as force multipliers and has become a symbol of courage against overwhelming odds. 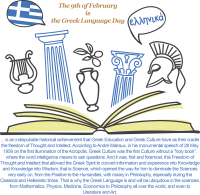