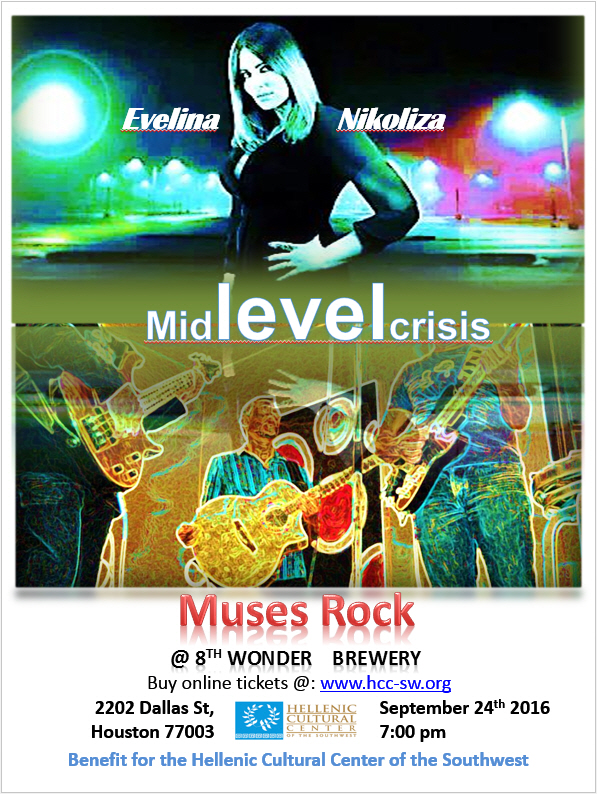 This rock concert brought to you by the Hellenic Culture Center is a fusion of rock music which matches greatly to Houston’s character and traditions. Set at the 8th wonder brewery downtown right next to the Dynamo and the Astros stadiums, it will make this sweet September night unforgettable.

The event is also a fund raiser to the HCC and will support the initiative to create a school of music which is so wanted by our youth to continue and expand a deep rooted musical tradition which can be traced way back to the Muses.

Let the muses inspire us in this effort and bring us together with the stunning voice of featured artist Evelina Nikoliza and the mid Level crisis band. 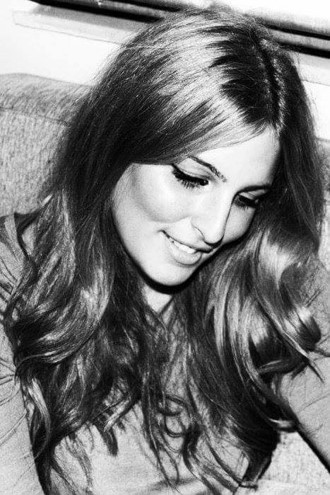 Evelina Nikoliza, a well known rock singer and artist from Greece is no stranger to Houston. She performed last year at several e

vents marking the celebration of Greece’s independence day, a date that is marked to celebrate freedom to all peoples.

Evelina sings rock with her band Newmark, as well as contemporary music in several languages. She performs also with traditional groups and stuns her audience of all ages with her vibrating and yet elegant voice.

As an artist, she holds high credentials being a graduate of Athens Drama School, acting in theater, dubbing movies, a supporter of charities and a TV star.

A true muse sent as an ambassador this night to rock us and gratefully set the foundation of a continuing music tradition. 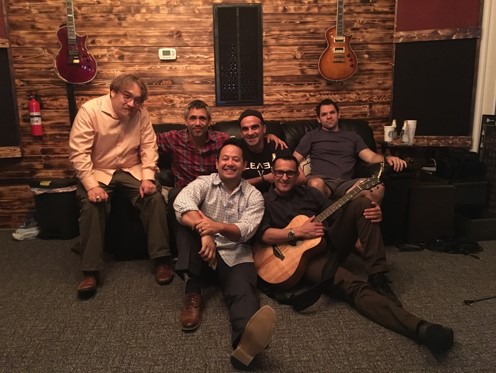 And brings us rock music from around the globe.

Its members grown to like classic rock deliver compilations from Latin America, Persia and Greece together with tunes we all love.

What is 8th Wonder all about? Gr8 beer! We are dedicated to brewing fresh, flavorful ales, and we're excited to be a part of the local beerscape.

In 1965, the doors to the Houston Astrodome opened for the first time. Dubbed the "Eighth Wonder of the World", this first ever air-conditioned domed stadium coincided with Houston's launch into the global spotlight. We are proud to announce that Houston is home to yet another 8th Wonder.

We are applying our craft in a dome-like warehouse located in the shadow of the Houston skyline in East Downtown. Exploring styles across the beer world, each batch we brew undergoes strict flavor analysis and quality control.

Only blocks away from the professional baseball, basketball, and soccer stadiums, 8th Wonder is the craft beer for the home team. Swing by the WonderWorld taproom before a game, and get some of the freshest, tastiest beer in town.