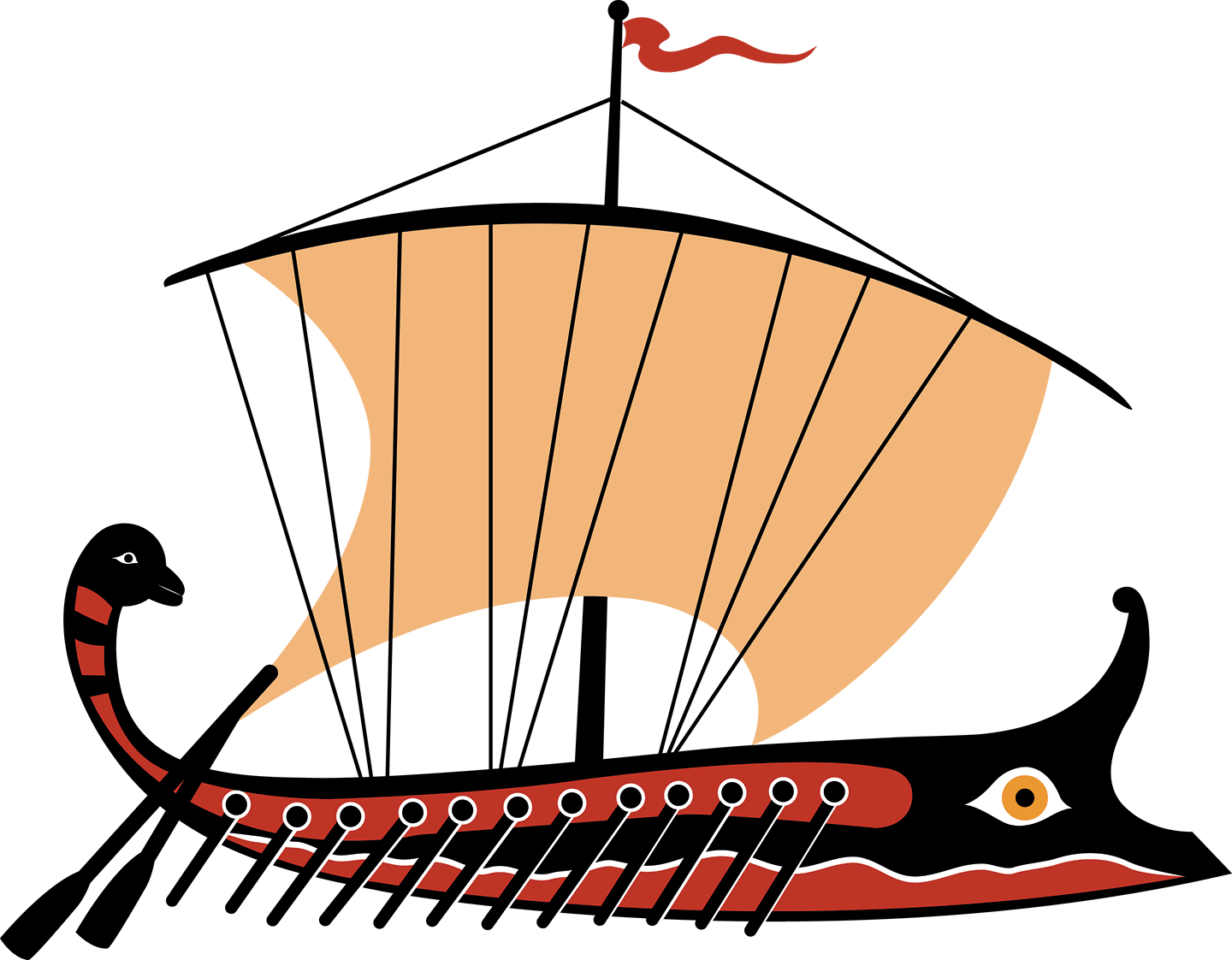 The Municipality of Salamis - Salamina, Greece

The Federation of the Lesvos Island Societies of America and Canada - New York, NY

The naval battle of Salamis is one of the most important historic landmarks around the world. It was then that the outnumbered Greeks mustered their spirit and intelligence, stood strong and defended not only their territory but also their civilization, their universe of values, and their world-view from the foreign invader. A universe of values for collective life and the democracy that they had started to shape and that they had to protect at all costs.

The strategic importance of the battle resembles the outcome of other battles that marked the flow of world history. It shows that coalitions can be impressive force multipliers, despite their often convoluted decision-making process. It is also a telling reminder of the capacity of the Hellenic nation to work miracles against the strongest enemies, despite its small size.

2500 years ago the Greek youth of Classical Antiquity proved worthy of their brave ancestors. The sacrifice of many of them at the time marked the birthday of Western Civilization whose attachment to Liberty, Democracy, Humanity, and Fair Play contrasts sharply with the Absolutism, Expansionism and Protectionism throughout history.

Today, on the 2,500 anniversary of this historic battle, Greece reminds the world of its role as European and universal civilization’s gatekeeper.

The spirit of Salamis lives on, it will always inspire us.

Join us to learn more...

The lectures will be in English

Subtitles will be available in:

To watch the event, when its time, click http://bit.ly/salamis2500

Short History of the battle 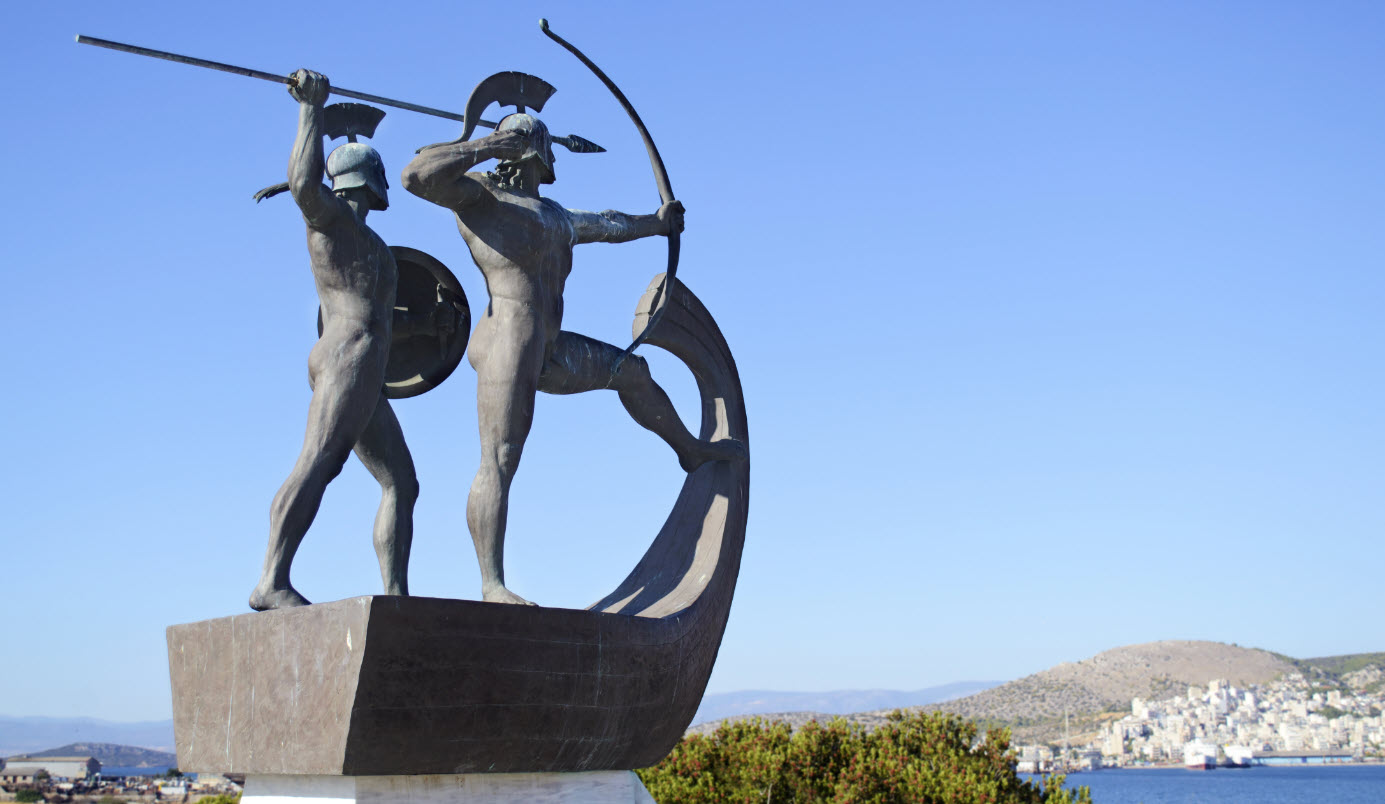 The Battle of Salamis Ancient Greek: Ναυμαχία τῆς Σαλαμῖνος, was a naval battle fought between an alliance of Greek city-states under Themistocles, and the Persian Empire under King Xerxes in 480 BC. It resulted in a decisive victory for the outnumbered Greeks. The battle was fought in the straits between the mainland and Salamis, an island in the Saronic Gulf near Athens, and marked the high point of the second Persian invasion of Greece.

To block the Persian advance, a small force of Greeks blocked the pass of Thermopylae, while an Athenian-dominated Allied navy engaged the Persian fleet in the nearby straits of Artemisium. In the resulting Battle of Thermopylae, the rearguard of the Greek force was annihilated, whilst in the Battle of Artemisium, the Greeks had heavy losses and retreated after the loss at Thermopylae. This allowed the Persians to conquer Phocis, Boeotia, Attica, and Euboea. The Allies prepared to defend the Isthmus of Corinth while the fleet was withdrawn to nearby Salamis Island.

Although heavily outnumbered, the Greek Allies were persuaded by the Athenian general Themistocles to bring the Persian fleet to battle again, in the hope that a victory would prevent naval operations against the Peloponnese. The Persian king Xerxes was also eager for a decisive battle. As a result of subterfuge on the part of Themistocles, the Persian navy rowed into the Straits of Salamis and tried to block both entrances. In the cramped conditions of the Straits, the great Persian numbers were an active hindrance, as ships struggled to maneuver and became disorganized. Seizing the opportunity, the Greek fleet formed in line and scored a decisive victory.

Xerxes retreated to Asia with much of his army, leaving Mardonius to complete the conquest of Greece. However, the following year, the remainder of the Persian army was decisively beaten at the Battle of Plataea and the Persian navy at the Battle of Mycale. The Persians made no further attempts to conquer the Greek mainland. These battles of Salamis and Plataea thus mark a turning point in the course of the Greco-Persian wars as a whole; from then onward, the Greek poleis would take the offensive.