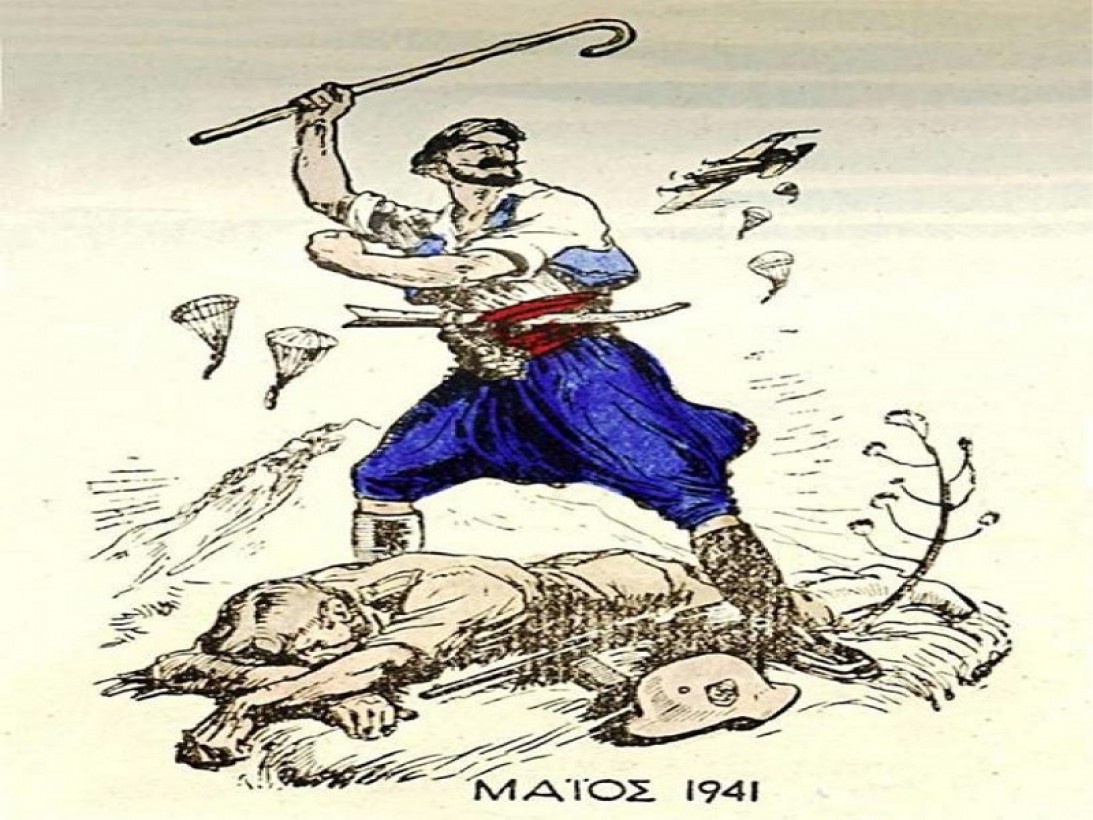 The Battle of Crete (German: Luftlandeschlacht um Kreta, also Unternehmen Merkur, "Operation Mercury", Greek: Μάχη της Κρήτης) was fought during the Second World War on the Greek island of Crete. It began on the morning of 20 May 1941, when Nazi Germany began an airborne invasion of Crete. Greek and other Allied forces, along with Cretan civilians, defended the island.[11] After one day of fighting, the Germans had suffered heavy casualties and the Allied troops were confident that they would defeat the invasion. The next day, through communication failures, Allied tactical hesitation, and German offensive operations, Maleme airfield in western Crete fell, enabling the Germans to land reinforcements and overwhelm the defensive positions on the north of the island. Allied forces withdrew to the south coast. More than half were evacuated by the British Royal Navy and the remainder surrendered or joined the Cretan resistance. The defense of Crete evolved into a costly naval engagement; by the end of the campaign, the Royal Navy's eastern Mediterranean strength had been reduced to only two battleships and three cruisers.[12]

The Battle of Crete was the first occasion where Fallschirmjäger (German paratroops) were used en masse, the first mainly airborne invasion in military history, the first time the Allies made significant use of intelligence from decrypted German messages from the Enigma machine,[13][14] and the first time German troops encountered mass resistance from a civilian population.[15] Due to the number of casualties and the belief that airborne forces no longer had the advantage of surprise, Adolf Hitler became reluctant to authorize further large airborne operations, preferring instead to employ paratroopers as ground troops.[16] In contrast, the Allies were impressed by the potential of paratroopers and started to form airborne-assault and airfield-defense regiments.