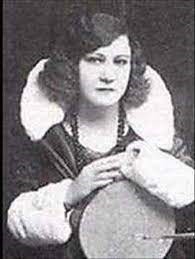 CHIEF CHANTOR OF THE METROPOLIS OF IERAPETRA, CRETE

Both events start at 7:15 pm Central US Time

The music tradition of the Hellenes of Asia Minor has its roots in the ecclesiastical music of the Hellenic Orthodox Church which in turn inherits ancient Greek music. The four modes of Byzantine music come directly from ancient Greek music. The people of the Eastern Roman Empire fused this music with Arabic elements and later on with motifs of the music of the Greek islands. The Ottoman occupation of Asia Minor helped enrich the influences. On the other hand, communities that were more sequestered, like the Pontian Hellenes develop their own unique patterns that are more rooted in ancient Greek music. Perhaps the most known part of this tradition is the rebetiko which originates in the main Greek cities of the Ottoman Empire in the late 19th and the beginning of the 20th centuries. In particular, Smyrna is the birthplace of this more urban music based on the motifs of the flok music of the Hellenes, Turks, and Arabs of the Ottoman Empire.